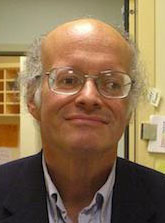 Prof. Diamond has been Principal Investigator of the Fusion and Astrophysical Plasma Physics Group at CASS, UC San Diego for nearly 30 years. He is also Director of the Center for Fusion Theory at the Southwestern Institute of Physics in Chengdu.

Prof. Diamond recently served as lead coordinator for the Kavli Institute for Theoretical Physics Program “Staircase 21.” Previously, he was Director of the WCI Fusion Theory Institute at the National Fusion Research Institute in Korea (2010-2014), as well as Co-Principal Investigator of the Center for Momentum Transport and Flow Self-Organization at UC San Diego.

Professor Diamond joined the University of California San Diego faculty in 1987 and became Distinguished Professor in 2007. As of October 2021, Professor Diamond has been the primary advisor of more than 33 graduate students and 35 postdoctoral researchers.

Prof. Diamond earned his Ph.D. from the Massachusetts Institute of Technology (MIT) in 1979. He then became a Member of the Institute for Advanced Study in New Jersey and a Senior Research Scientist at the Institute for Fusion Studies at the University of Texas at Austin.